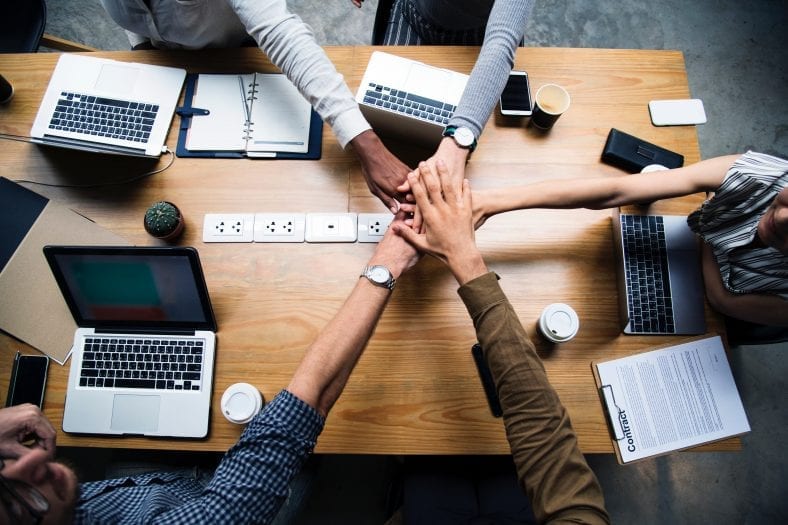 On Episode 79 of The Edge of Innovation, we’re talking with business owner Dan Frasier, about entrepreneurship & how his company, Cornerstone Commissioning Inc., is more than just a business!

Why Start a Commissioning Business?
A Business That’s More Than Just a Business
Everything You Bill For, You Work For
Don’t Live To Work. Work To Live
The Impact of 9/11 On Cornerstone Commissioning
Advice For Starting a Business
Conclusion
More Episodes

Why Start a Commissioning Business?

Paul: Hello, and welcome to the Edge of Innovation. Today we’re talking with Dan Frasier from Cornerstone Commissioning, Incorporated.

Well, let’s get into this question a lot of people ask. They want to start a business. I was just at the Enterprise Center at Salem State, and they’re having a business plan competition and helping mentor some people there. A very key and telling question is “Why do you want to start a business?” And a lot of them don’t have any good answers. And that’s okay. I mean, but that may mature. And I know for myself, that’s changed over time.

And what motivated you to start a business? And, so it’s two questions. What motivated you to start it, and then why do you continue it? Because I know it’s not easy. It’s work. It’s hard work. Owning your own business, I like to say is every Monday morning you wake up, you’re unemployed. Because if you don’t get up and do the work, nobody else is going to do it. And as we grow businesses, hopefully they have some sustainability but still, that driving passion for the, for the owners is there. So why did you start it? Was there any other intangible reasons? I can understand “I want to do good.” “I want to work hard.” “I want to make money.” All these things. But tell me about that.

Dan: So when Lois and I started the company, we both come from—

Dan: So Lois is my wife and my business partner. She and I have known from, probably not too long after we got married, that we’d eventually own a business together.

Paul: Really? I mean that’s unique. So you had it.

Dan: It was built into us. We come from multiple generations of business ownership.

Paul: Her family as well?

Paul: Okay. What kind of businesses did they run?

Dan: They had a florist business. It was always in the agricultural. Her brother’s taken that. He’s a landscaper.

Dan: Yes and no. It’s still a lot of work with your hands.

Paul: It’s absolutely. But how did you land in the middle? I mean, how did you come to saying, “We’re going to do this commissioning thing”? I mean, obviously we heard why. You observed it. How do I want to say this? You knew you were going to start a business. Why didn’t you open a yogurt stand or an ice cream store?

Dan: Yeah, well I just know that with my experience, my talents, my passions… Those all need to align. If you’re going to start a business, well just because experience, talents, and passion is there, if I really like cake — like I want to start a cake store — I really need to have a lot of cakes being sold and made in order to make cash flow work. So I knew cash flow had to work. And having grown up in a family business, my dad would let us be involved with different aspects of the business every summer growing up. And that was hugely valuable. But I knew that cash flow was king.

A Business That’s More Than Just a Business

But the other part of it was that for Lois and me, business had to be a lot more than just the business. It had to be about building relationships, having an impact on not just the people we employ and not just our clients, but to have a bigger picture view as Christians. As believers in Christ, we wanted our business to have an impact for the Kingdom of God.

And so we said this business, when we set out, this business is going to provide for families, but it’s also going to provide for ministries. It’s going to provide for things that are ailments of society. I’s going to deal with people out there who have needs. And so, as an example, Lois will, she’ll pray, “God, bring people to our door, to our phone, and to our computer.” And that gets answered. And it’s amazing — even though the business — how much that has happened, how we’ve interfaced with people all over the world. But it’s really been a huge blessing, and I know that a lot of our employees see the kind of things that we’ve been involved in and are encouraged by how some of the profits are used in our company.

Everything You Bill For, You Work For

Paul: Alright. So why did you choose to go into a business that was really a consulting company. Right? Wouldn’t you say?

Paul: Everything you bill for, you have to work for.

Paul: Is that true?

Paul: A florist has scalability because the flowers die, so we’ve got to replace them. And I could have one person supply a lot of flowers. That’s different than consulting or professional services. I’m in professional services, so if I don’t do the work, we don’t get paid. If my people don’t do the work, we don’t get paid. Have you ever thought about that? Is there some way that you can make something that you can sell, like flowers? Or is it just we’re an hourly kind of company and we scale by adding employees.

Dan: It’s not that we don’t want things to be scalable. That would be nice, and there are different ways that we’ve been able to scale some of the things that we do. But nobody in our company reports to a common office. Everybody works out of their house.

Paul: How long have you done that?

Dan: Since we started the company.

Dan: Never had an office.

Dan: Yeah. We’ve never had. And there are people in the company that say, “Please don’t make me come to an office.” We’ll meet on construction sites, coffee shops. We are very effective. We’re very connected. We communicate a lot so that we don’t have to go to an office. We do own an office building, but we have tenants that rent that space. But it works really well.

And it really helps too with the balance between work and family. You hire people that you know can have the discipline to work from home, that get things done well. And they have very healthy families because they’re working from home.

Paul: So it sounds like you have a passion for not just creating a business, that it’s bottom line is measured through profit. You want to measure it through some of these other attributes, like the health of a family. I’ve always said, “We don’t live to work. We work to live.”

Paul: And I think that sounds like what you’re doing, is you want to provide a way that people can work. Work well and hard and good so that they can ultimately live. Not the other way around.

Paul: So I think we’re seeing more of that in corporate America.

Paul: But I’m amazed that you’ve been doing the work at home since 2001.

The Impact of 9/11 On Cornerstone Commissioning

Paul: That must have been a painful fall.

Dan: Yeah. It was. It was interesting.

Paul: Were you thinking, what did I do? Did I make a mistake?

Dan: Because of 9-11. Actually, Cornerstone is one of the few companies that ended up growing as a result of September 11th.

Dan: And it’s not a pleasant thought that that’s true, but—

Dan: Something happened around the same time as September 11th, and that was the anthrax situation.

Dan: And those two things ended up fueling a lot of federal funding towards bioterrorism and chemical terrorism. We’ve ended up doing many projects related to…We get hired by the federal government to be on review boards for grants that were used to fund a lot of biocontainment facilities all over the U.S. And there’s been a significant bio-defense effort worldwide. So Cornerstone’s done work in the former Soviet Union and Singapore and other places where that whole thing with the anthrax and September 11th ended.

Paul: So but you didn’t…Maybe you did. Tell me. Did you perceive that that would be happening in September, October, November, December?

Paul: So there must have been sheer panic at that point. I mean, I know the business I was running at that time, all of our work stopped. Everything.

And then when that happened, I was already focused on laboratory animal facilities. And bio-medical research was very significantly funded already by the federal government. So September 11th really didn’t cause any hiccoughs economically.

Dan: I didn’t, and I didn’t know that that would actually fuel the funding of our company. I had no clue.

Advice For Starting a Business

Paul: Interesting. Well, is there anything else you want to cover?

Paul: Well, we’ve been talking with Dan Frasier of Cornerstone Commissioning. And we’re really delighted that you took the time to come in today and look forward to talking to you in the future.

Dan: Thank you, Paul. This has been a pleasure.

You’ve been listening to Part 3 of our interview with Dan Frasier. If you missed Part 1, “What is Construction Commissioning?,” you can listen to it here and if you missed part 2, “Building Control Systems: Continuous Commissioning,” you can find it here!

Categories: Podcast, The Edge of Innovation