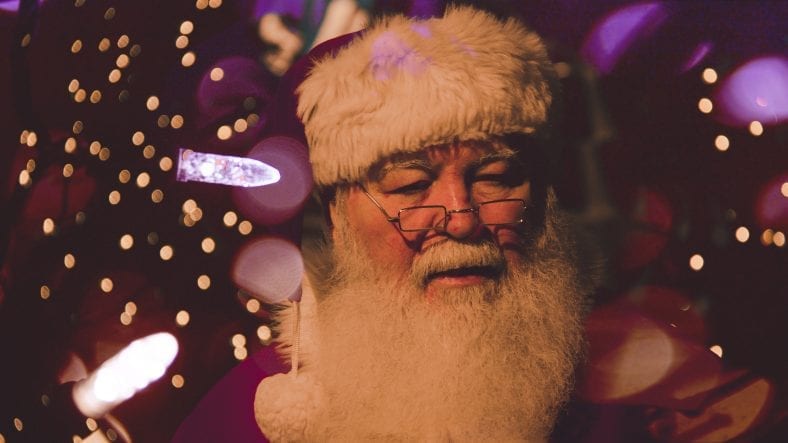 Tech Talk for the Holidays

On Episode 27 of The Edge of Innovation, we’re talking about technology in time for the holidays! We discuss how often companies should update technology and how to get the best deals when shopping for products.

Jacob: Welcome to The Edge of Innovation. We’re just going to do a quick, short episode today. And what I wanted to get Paul’s thoughts on was how frequently should companies update their technology. Paul, what are your thoughts?

Paul: Well, this is a great, great topic. Relatively once every two or three hundred years should be—

Paul: Yeah. I mean, so it depends, you know.

Jacob: So basically, going from Gutenberg to Google.

Paul: So I have a car that’s, 2004. We’re in 2016 so that’s — what? — 12 years old. It’s a Acura MDX. It works phenomenally well. Now, I will say, you know, if you look at a Tesla, it’s really cool. And it still, in its infancy, so I have this thing with some technology that, if I wait two years for a Tesla, it’s going to be a lot better than it is today. The rate of change right now in Teslas is huge. Not to mention the competitors.

Paul: Well, it sort of is. Moore’s Law is the idea that the number of transistors is going to increase at a certain rate over a certain amount of time. And that produces, hopefully, better computers and things like that. But, so I can’t afford a Tesla. I don’t think it would be prudent to buy one. I’m driving a 12-year-old car, so I’m not… It’s like, well, there are lots of things… Even with all of the advantages and coolness of it, but would be really unhappy if I spent $100,000 on a Tesla or more, and two years from now…boy, that really new Tesla improves in so many ways, but I’ve already got 100,000 sunk into this. Maybe I trade it in. Maybe I get $60,000 for it, but now I’ve wasted $40,000.

So I think you’re asking more about in general, you know, and, in general, I think the life of a computer is about three years.

Paul: Three years. And, and that’s to say that at the end of three years, if you buy a new one, it will be substantially faster and more enjoyable to use than the one you’re currently using.

Jacob: Yeah. So would you recommend, then, for companies to budget for new technology every three years?

Paul: I do. I strongly recommend that, that that should be in their budget.

Jacob: And is that across the board? So everything from hardware to software?

Paul: Well, that’s a little different. I mean, hardware is the machine on which you run the software. Our software has shifted from buying it once to now subscription-based. So they’ve tricked you into that. So you’re going to upgrade as it is.
Jacob: So maybe that’s a bit of a moot question, because specifically, like with, for example, Office 365 and the whole suite, it just automatically…

Paul: If you buy that subscription, you automatically have the most current version.

Jacob: And I know like, for example, designers, Adobe has now gone to a monthly subscription, so there’s no sense of, like, “I’m out of date.” It’s just a subscription.

Paul: Exactly. You’re always up to date. And you can’t buy Adobe products any other way. You can still buy Office if you look hard enough. You can buy a license for it, and it will be obsolete in, in two years. Now the question is, with Office, you know, we talked about in a previous episode, is sort of this…that the…what happens with innovation is it’s sort of, you know, just we have this addiction to it.

So I don’t believe — I’ve used Office for years — I don’t believe that the productivity increase is in the version… For $400 for me to buy Office, I don’t believe I’m going to get $400 more productivity out of it. I have no problem buying the subscription and paying $10 a month, or whatever it is. And I do keep up, because I use those extra features. But the majority of people don’t.

But with hardware, that’s different, you know. Your car, as it gets older, requires more maintenance and is not as fast. So what I say is you have an employee who you are investing a lot of money into every month. You know, minimally, if you’re paying bottom wages, it’s $3000 a month for an employee. Then you have benefits. And you’re sitting there saying, “Well I’m not going to invest in a computer” that’s about, maybe let’s say $1000. Three years, you know, what is that? $80 a month or something like that.

Jacob: Well, and you’re increasing their productivity level, yeah. So you would recommend for businesses that want to maintain competency and efficiency with their company, new technology every three years.

Paul: Yeah, for businesses but also individuals. Well, I mean, if you don’t do anything with the computer that’s fine. But if you’re actively using it as a productivity device, and you depend on that in some form or fashion, every three years.

Jacob: Paul with the holidays coming up, I wanted to get your thoughts quickly on the best ways for people to buy tech for the holidays, whether that’s for Christmas or Hanukkah or whatever holidays people celebrate. We’re coming up on the end of the year. We’re going to be bombarded with tech advertisements, “Buy your tech here at Amazon,” buy it there. What do you recommend for where to buy? And what are the cautions that you would have for buying new technology?

Paul: Well, know what you want. You know, the biggest thing is you need to start thinking now, “Gee, I might want a laptop,” or “Buy Sally a laptop.” So, okay. So now I can start looking for them. And you cannot be tentative, especially with Black Friday and Cyber Monday. I don’t go out to stores, really, for Black Friday. I mean, you can do it. It’s sort of a cool thing. I’ve done it once. It’s a good thing to say you did it.

Jacob: I did. I did it once at 4:00 in the morning to go to Kmart to get our Christmas tree half-off. And that was the last time.

Paul: Yeah, I would say so. For a Christmas tree, yeah.

Jacob: I mean, it was a plastic one.

Paul: Yeah. If it was a car or something, I could see that being worth it. But anyway, if you know what you want, you’ve just got to start looking, and you need to be willing to put in the time to filter that information.

Paul: Yeah. And so you know the… You know, like, well, do I want… How much RAM do I want? How big of a hard drive? Do I want a solid-state drive? What screen size? So when you see the one that comes up for sale, and you see that it’s got this screen size, you can say, “Yeah, okay. That fits within my parameters,” as opposed to making the decisions then.
Jacob: Impulse— you don’t want to do the impulse buy.

Paul: Well, but you also don’t want to be the crisis of having to decide right now. So the impulse buy is okay because you can return most things. So I have, you know, if I see a fantastic deal on something, I see there’s some plausibility that I might use it or need it, I can go and get that. You know, I’m a big fan of Costco, and I have this rule that if you see it at Costco, and you have any idea that you might want it, buy it. Because it’s probably going to be the best price you will ever see it at the best value.

Jacob: And Costco has a ridiculously great return policy.

Paul: Exactly. So I can buy it. Even with a computer, I can try it, and if I don’t like it, I can return it, and they are just joyful with that. But, you know, so sometimes, you know, you’ll see some things, and you’ll say, “Okay. You need to have that framework in place so that you can make a good decision quickly.”

Jacob: So where would you recommend people buy their tech from?

Jacob: And if you have the distinct privilege of living in New Hampshire, you get it tax-free.

Paul: That’s true. That is one of the great state benefits of New Hampshire. There are several other states that… So, more so to your point of where to shop, I would look at Black Friday. Not look at the newspapers. That’s not the big deal, because what they’re trying to do with the newspapers is get you to the store so that you will buy other things, other than the Black Friday items. So they’re doorbusters.

Look online. There’s some great sites. I use FatWallet and SlickDeals.net. Those two are the ones you want. And you can sign up for them. It’s free, and you can put in filters. And so I’m looking for… I have a filter in there for 5-terabyte hard drives. And so every time a deal comes up, I get that instantaneously.

Jacob: And that will tell you for coming up on Black Friday.

Paul: Yeah. It’ll… Well, it’ll do Black Friday, but it does it all year long. And so the, you know, the Black Friday stuff, some of it has time constraints. Amazon has, has, has flipped it around a little where they have every hour deals that roll out, because they want people coming back. Most of the stores don’t do that. I think Newegg does and things like that.

Jacob: Would you recommend Newegg?

Paul: Newegg is fine. Uh, you know, some of their, order processing is not as fluid.

Paul: It’s not as fluid as Amazon and, you know. But sometimes they have a great deal. It comes down to price, honestly. That’s really the differentiator.

Jacob: So, just to kind of wrap things up real quick, you want to know what you want ahead of time. You want to use the websites that you recommended. What were they again?

Jacob: You want to use those to get a sense of what are the deals going on online right now. And then, obviously, you’re just plugging Amazon, as it seems like a great option.

Paul: Yeah. It is. There are other stores. So I mean, you know, like I was just looking at something, a bunch of laptops for somebody, and B&H Photo had them for $109 cheaper than Amazon.

Paul: So, you’ve got to look around. I wouldn’t have thought to do that, and actually I’d asked some friends, and he said, “Oh, I found this at B&H for $109 dollar.” Well that’s a lot of money.

Jacob: Excellent. Well thanks for taking the time to talk us about this, because this, I think is going to, is going to spare time for people coming up on the holiday season when their trying to get their tech for everybody in their family. Check out the show notes for this episode, because we will add additional resources for how to find the best deals and the most, the safest deals for tech, for this holiday season. Have a great week.

Don't miss the latest from The Edge of Innovation. Paul's weekly newsletter will bring you his favorite articles from the week and that week's podcast. Chock full of the latest in technology and business developments, Paul is sure to help you hack the future of your business. Subscribe here to receive Paul's weekly newsletter from The Edge of Innovation.